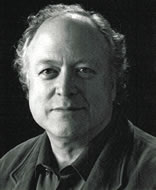 Hamilton Fish is a publisher, social entrepreneur, environmental advocate, and film producer based in New York City. He is currently the editor and publisher of The Washington Spectator. He served as publisher of The Nation magazine from 1977-1987, and president of the Nation Institute from 1995 to 2009. Mr. Fish helped oversee preparations for the celebration of The Nation's 150th anniversary in 2015, including the production of a feature documentary directed by Barbara Kopple. He later organized the purchase of The New Republic for Win McCormack and served as the magazine’s publisher until 2017. 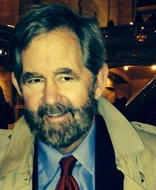 Scott Greathead is senior counsel, Eversheds Southerland (US) LLP partner and the CEO of World Monitors Inc., which works with global corporations and others on strategies for responsible business practices. Greathead co-founded Human Rights First (formerly known as the Lawyers Committee for Human Rights) and serves on the board. His writing has appeared in publications including The New York Times, The Wall Street Journal, and The Nation. He is an officer or director of several organizations including Human Rights in China, and is a member of the Council on Foreign Relations. From 1984 to 1990, Greathead served as the First Assistant Attorney General of New York State. 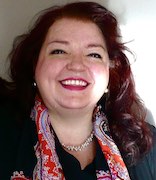 Lisa Graves is the Executive Director of True North Research. One of the nation’s foremost experts on how right-wing special interests distort American democracy and public policy, Lisa has spearheaded major investigations including the award-winning ALECexposed project, which was highlighted in Ava DuVernay’s “The 13th” and Bill Moyers’ “United States of ALEC.

She served as Deputy Assistant Attorney General in the Office of Legal Policy at the U.S. Department of Justice, Chief Counsel for Nominations for Senator Patrick Leahy on the U.S. Senate Judiciary Committee, Deputy Chief of the Article III Judges Division of the Administrative Office of the U.S. Courts, Executive Director of the Center for Media and Democracy, Senior Legislative Strategist for the ACLU on national security issues, and as an adjunct law professor. She has testified as an expert before committees in both houses of Congress, and she has helped shape the national conversation on the numerous issues, including dark money, the Postal Service, Charles Koch’s empire, the Brett Kavanaugh nomination, and more.

Lisa has been a frequent guest on MSNBC and has appeared on the other major networks. Her op-eds have been published by the New York Times, the Guardian, TIME, Slate, and The Hill. She has also written for the Washington Spectator, the Nation, In These Times, the Progressive, and other magazines. Her analysis has been cited in the Atlantic, the New Yorker, Vanity Fair, Politico, Rolling Stone, Pod Save America, Vice, Business Week, Roll Call, Congressional Quarterly, Newsday, National Journal, Legal Times, and Wired, among others. She has been quoted as an expert in the New York Times, the Guardian, Washington Post, Bloomberg, Reuters, Associated Press, Los Angeles Times, Chicago Tribune, Boston Globe, USA Today, Toronto Star, and Agence France-Presse, among others. Her research has also been cited in critically acclaimed books including Dark Money by Jane Mayer, Give Us the Ballot by Ari Berman, Corporate Citizen by Ciara Torres-Spelliscy, and others.

A journalist by training and a New Yorker by choice, Ernest Tollerson spent nearly 25 years as a newspaper reporter and editor. His journalism career included political reporting at the Philadelphia Inquirer, opinion journalism as the editor of the editorial pages of Times Mirror’s New York Newsday and a stint at The New York Times where he worked as a national correspondent, an editor on the Metro Desk and a member of the Times’s Editorial Board.

Post-journalism, Ernest worked for foundations and NGOs and held one post in the public sector. He is the former Director of Environmental Sustainability and Compliance at the Metropolitan Transportation Authority (MTA), where he led the work of the Blue Ribbon Commission on Sustainability and the MTA. That panel's final report in 2009 provided a roadmap for environmentally sustainable business practices for North America’s largest network of subways, buses, regional rail, bridges and tunnels. During his 7 1/2-year at the MTA, he co-chaired the Transportation & Land Use Technical Working Group of the New York State Climate Action Plan Interim Report.

To increase MTA riders’ access to real-time information and expand the MTA’s collaboration with app developers, he organized an MTA UnConference at Google’s Chelsea office in 2010 and launched MTA App Quest in 2011, a competition that created apps for MTA subways, buses and regional rail. He championed Open Data projects, including the December 2012 launch of the cloud-managed GTFS-Real Time Feed of arrival/departure estimates for subway lines 1-6 and the 42nd Street Shuttle.

From 2004 through 2013, he served as a trustee of the Nathan Cummings Foundation (NCF), including a three-year term as board chair. He also served as NCF’s interim president and CEO from the summer of 2014 until November 2015. In that capacity he helped to reinvigorate NCF’s focus on climate, inequality and the intersection of those issues. 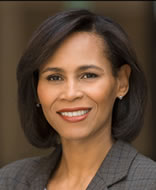 Pamela Newkirk is a professor of journalism at New York University and the author of Within the Veil: Black Journalists, White Media, which was awarded the National Press Club Award for Media Criticism. She is editor of A Love No Less: More Than Two Centuries of African American Love Letters and Letters From Black America. At New York Newsday, she was among the reporting team awarded a Pulitzer Prize for spot news. Her articles have been published in a wide range of publications including The New York Times, The Nation, The Washington Post, and ARTnews. 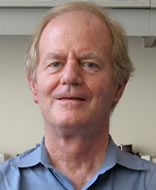 Jonathan Schell was the author of a number of books, including The Unconquerable World: Power, Nonviolence, and the Will of the People, A Hole in the World: A Story of War, Protest and the New American Order, and The Fate of the Earth, which was nominated for the Pulitzer Prize, the National Book Award, and the National Book Critics Circle Award. He was the Doris Shaffer Peace Fellow at the Nation Institute, and a visiting lecturer at Yale.